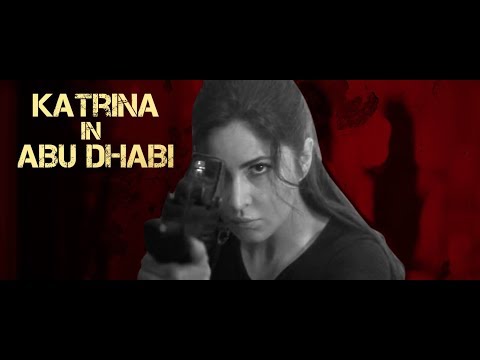 Katrina Kaif on twofour54, "Its like being at one of the best studios anywhere in the world"

Bollywood superstar Katrina Kaif talked about her intensive training ahead of filming for her blockbuster film with Indian icon Salman Khan in Abu Dhabi. In an exclusive interview, Kaif said that she really enjoyed aggression training which supported her action scenes, and praised Abu Dhabi as a filming destination saying that it offered “one of the best TV studios in the world.”

“Shooting in Abu Dhabi has just been absolutely wonderful – the people, the hospitality at the Intercontinental Hotel where we stayed – it’s like being at home. We had amazing help from twofour54, they’ve just been so incredible in terms of production services, in terms of government support, they’ve been there every step of the way. We had a volleyball court, we were playing cricket, there was a never dull moment, so you never felt that you were waiting for your shot.”

“There were always so many fun ways to pass the time – we had these kind of makeshift rooms built with different tents, so you had your action tent, you had your gym, then you had your food tent where everyone ate, and then you had your own private individual rooms. It’s like being at one of the best studios anywhere in the world, so I think everyone is really, really happy, it’s a wonderful place to shoot.”

‘Tiger Zinda Hai’ was the most anticipated Bollywood movie to be released at the end of 2017 and is Abu Dhabi’s longest feature film project to date. The film was shot in Abu Dhabi over a 65-day period with a 300-person international production team and was released in cinemas on December 21, 2017.

Take a look at the best desert filming locations in Abu Dhabi.